In service from beginning to end of the U.S. participation in World War Two, the Boeing B-17 Flying Fortress was evolved in 1934 for a USAAC design competition for an offshore anti-shipping bomber.

In 1935 the prototype was completed, as the Boeing 299, and flew for the first time on 28 July 1935, powered by four 750 hp Pratt & Whitney Hornet engines. A change of powerplant, to 1,000 hp Wright Cyclones, was specified for the thirteen Y1B-17s and one Y1B-17A that were then ordered for evaluation; after trials, these were placed in service as the B-17 and B-17A respectively.

What are the best B-17 models

We selected only high-quality B-17 model kits so you should have no worries about that. You can read more about our criteria, but here is our list. 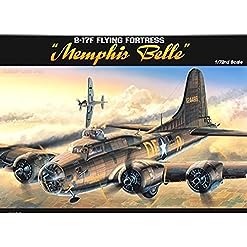 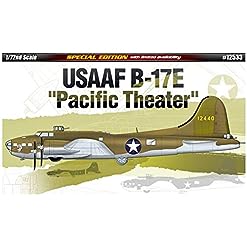 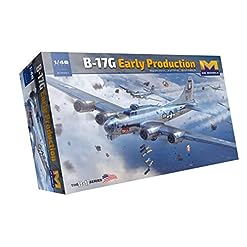 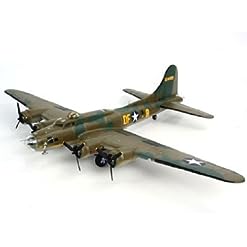 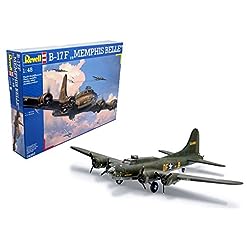 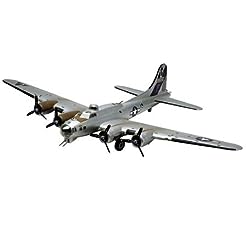 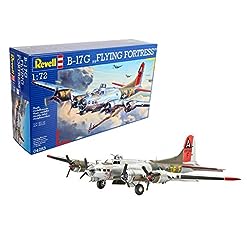 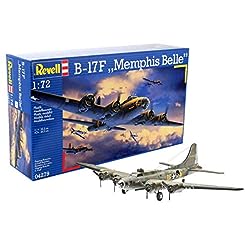 Why are our suggestions the best B-17 model kits

Choosing a kit is a matter of personal taste in the end, but we wanted to be as objective and unbiased as possible. So, we did our tests, but our philosophy here is to go beyond our personals experience. So, we did deep research; we read customers’ opinions, saw clips, and read articles where other experts shared their experience so you can have nothing but the best models.

However, we had some criteria in mind such as

How to buy a B-17 model kit? Buying tips that will help you get the right kit for you

Well, be honest with yourself and assess your real skill level before buying anything. The more advanced you are, the more buying options you have, but you will also find some great kits for beginners too. We wanted to make sure there is a B-17 model for every skill level.

The initial Boeing B-17 Flying Fortress production batch comprised thirty-nine B-17Bs, with modified nose, larger rudder and internal improvements. They were followed by thirty-eight B-17Cs (higher-powered Cyclones and revised armament), twenty of which were supplied to the Royal Air Force (RAF) in 1941 as the Fortress Mk I. The B-17D, forty-two of which were ordered for the USAAF, was generally similar, and most American B-17Cs were later converted to D standard. It was the B-17E that first introduced the huge, sail-like fin and rudder that characterised all subsequent Fortresses, and the much-improved defensive armament on this model included, for the first time, a tail gun turret to cover the blind spot to the rear of the bomber. Five hundred and twelve B-17Es were built by Boeing, including forty-five which became the Fortress IIA of the RAF.

American B-17Es, serving in the United Kingdom, made the first raids on European targets by the U.S. Eighth Air Force in August 1942, and this Boeing B-17 Flying Fortress version also served extensively in the Pacific theatre. The next model, the B-17F, was sub-contracted to Douglas and Lockheed-Vega factories which, with Boeing, built three thousand four hundred and five. Nineteen of these were converted to F-9 series photographic reconnaissance aircraft. The same three companies combined to build eight thousand six hundred and eighty examples of the last production model, the B-17G; eighty-five of these became Fortress IIIs with RAF Coastal Command and ten others were converted to F-9Cs. The B-17G was characterised chiefly by its ‘chin’ turret with two additional 0.50 in machine-guns, a feature later added to many B-17s in service.

The Fortress’s principal sphere of activity during World Ward Two was in Europe, where the E, F, and G B-17 models were the mainstay of the U.S. heavy day bomber attacks on enemy targets.

After the war came other photo, training, drone-director, search/rescue and research Boeing B-17 Flying Fortress versions, including many used as engine and equipment testbeds. In 1970, 25 years after first flight, one of many civil Forts used for agricultural or forest-fire protection was re-engined with Dart turboprops!

Silvio LeGrand is an avid aircraft modeller, who started building scale model aircraft when he was just a kid, but you can read here more about him.